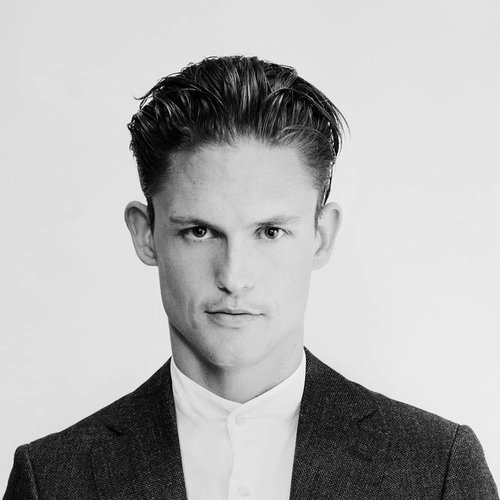 Thomás Goethals a.k.a. The Flexican is an Amsterdam-based producer and DJ. With his birthplace being Mexico city, where he spent the first 10 years of his life, and an education at School for Audio Enginering in Amsterdam, The Flexican developed to be a great technical musician with an exceptional instinct for rhythm and musicial diversity.

At first, he built his reputation as a widely eclectic and skilled DJ, following his debute as a producer as 1/4 of the highly popular Dutch hiphop crew Flinke Namen. Their debut album ‘Superstuntwerk’ was released on the prestigious Dutch hip-hop label Top Notch and featured the hits ‘Als zij langs loopt’ and his personal favorite ‘Wolken’. In 2013, The Flexican produced the track Bumaye (Watch Out For This) together with FS Green, initially released on his ‘Yours Truly II’ mixtape. After being adapted by Major Lazer, it became an international smash-hit, propelling The Flexican into international stardom.

Feeling that the musical atmosphere at clubs and festivals all over the world was steering more and more towards male-dominated EDM mosh pit events, The Flexican took a U-turn from ‘Bumaye’ in his follow-up hit ‘Mother’s Day’ with Sef. The track was a deliberately sexy ode to the female form, with a nod to The Poison Clan’s classic ‘Shake Whatcha Mama Gave Ya’. Parisian artist / director Yue Wu, who also created the single’s artwork, invited this celebratory track into the thriving and flamboyant modern-day Parisian vogueing scene, paying homage to the ballroom culture and showing that over 25 years after the release of the cult documentary of the same name, “Paris is Burning”.

The past two years, it remained silent around The Flexican. He took an extended break from releasing music to rediscover himself through meditation and his passion for music. It resulted in spending endless days and nights in the studio, working with various international songwriters and musicians and refining his song writing skills. This is how his recently released EP New Moon (December 2016) was born.

For New Moon, he went back to his musical starting point as a producer, namely hip-hop, combined with his recent flirtation with house and techno. It’s a reflection of his broad taste and interest in music; everything from 90’s hip-hop, R&B, techno and house is represented in his new signature sound.

The New Moon EP consists of four tracks with features of the electronic duo CUT_ (NL) and vocalist Marci (UK). Previous to the New Moon EP, The Flexican released the track Baby – a remix of Prince – as a tribute to all the newborn babies among his close friends.

New Moon is now available for streaming on Spotify, Apple Music and Soundcloud.