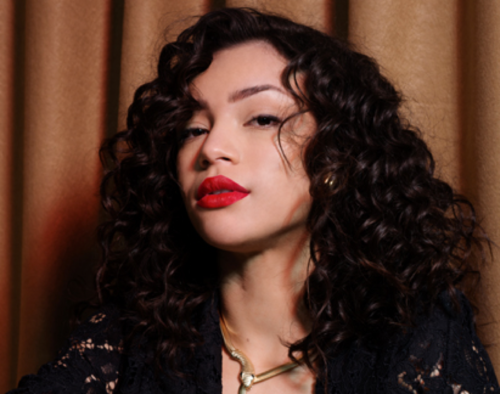 Unprecedented creativity, a sultry use of voice and latina looks, that makes Sarita Lorena a unique appearance. Sarita had 1 single to her name, until she suddenly took part in FunX Talent and broke through with the general public. No one can get around her anymore, she made it to the semifinals at FunX and 2019 promises to be her year. Sarita Lorena’s first single ‘On Top’ has reached no less than 500,000 views in three weeks, her hit ‘Take Me Up’ with Ronnie Flex now has more than 5 million streams, and her last track ‘Brum Brum’ with SXTEEN goes also incredibly hard. In short, this lady does not sit still and gets all women (and men) moving!