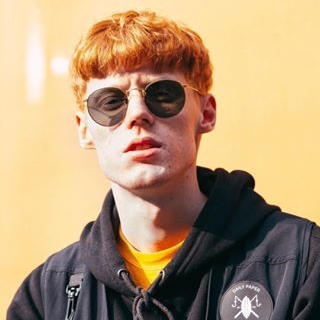 Milli In Go(1997) is, without doubt, the trillest producer in the Nederlands. His playful, yet  booming trap beats conquered the internet in the blink of an eye and had him spending studio time with Dutch hip hop powerhouses like Ronnie Flex and Bokoesam at an early age. Together with his partner-in-crime Jacin Trill he scored a number 1 album and even made waves in the USA. Now that he has left his mark on the Dutch scene, it’s time for world domination.

Milli On Go was born as Emiel Evert Jan Brussen and grew up to music by the likes of Soulja Boy, Justin Timberlake and Rihanna. Inspired by the American trap scene, he started producing music at the age of 17. His ATL trap beats with trademark wavy sauce quickly earned him recognition. Through common friend ‘Dennawavy’ he ended up in the studio with Jacin Trill, when they were both at the start of their music careers.

Jacin’s cheerful raps turned out to be a golden match with Milli On Go’s trippy beats. Their first collab, ‘kspreyopjebytch’, went viral and was soon followed up with eleven track debut tape ‘Happyland’ featuring hits like ‘rozeswoesh’ and ‘kandycush’ (all produced, mixed and mastered by Milli On Go). A true revolution on the internet was the result, with millions of streams on YouTube and Spotify (35+ million), and even reaction videos by American YouTubers and blogs. Not much later, the duo recorded a track with Ugly God in Hollywood, Los Angeles (Lettetznow) and released a number 1 album (Zo Vader Zo Zoon) together with Bokoesam.

At this point in time, Milli On Go’s beats are requested by countless established international artists and the young producer is dedicated to conquering the world. ‘Throughout 2018, I will release my own projects with all kinds of  artists’, Milli On Go says. ‘Jacin and I have proven to be the trillest duo in the Netherlands. Now it’s time to offer the world a taste of the milli sauce.’