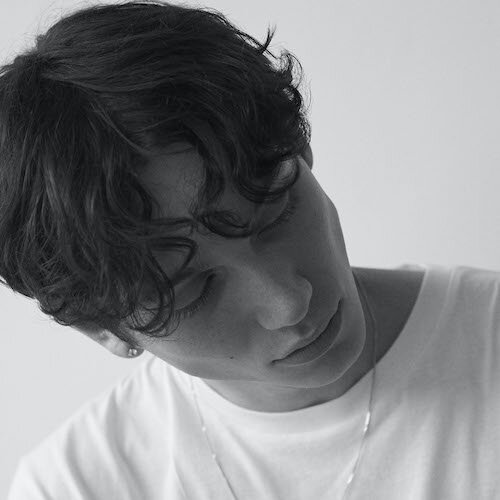 Ever since Ruben was able to physically pick up a guitar, he felt the strong desire to write and perform songs. This urge led him to launch his artist project in the summer of 2018, releasing his first single ‘Bed Sheets’. Wonderland Magazine described the debut as “A beautiful brooding new single full of emotive lyrics, the track is set to see the soulful singer become a frontrunner as one of our new faves for this year.” Less than a year and two releases later, his first tracks were streamed over a half a million times.

Songwriting and singing are just two of the many talents the 22-year-old Dutchman has in store. In 2015 Ruben got scouted to become a fashion model. In that same year, he opened ánd closed the Dior Homme SS16 show as a worldwide exclusive, and his career took off. From that moment on, Ruben started travelling the world to walk and shoot for brands such as Dior, Fendi, Jil Sander, Gucci, Calvin Klein, Burberry and many more. Backed by his ever-growing portfolio as a high fashion model, Ruben has developed his artistic vision combining his creative eye with his multi-instrument talent, unique voice, and songwriting abilities.‍

The latter has resulted in the creation of a body of work called ‘Infused Romance’; a collection of love songs with deeper, often darker, roots. The title implies how what once was pure love, gets infused with all kinds of thoughts, habits, and emotions, over time. It’s a personal and intimate journey through Ruben’s past and present romance. The lyrics are written from a real and no-sugar-coated perspective, supported by an array of experimental and familiar Ruben Pol sounds.

‍Together with Ruben, iconic fashion photographer and creative director Alessio Bolzoni visualized this 7-track EP.  With the visuals being guided by the music, the result is a perfect harmaony between image and sound. All, of outstanding quality; a project to watch out for.