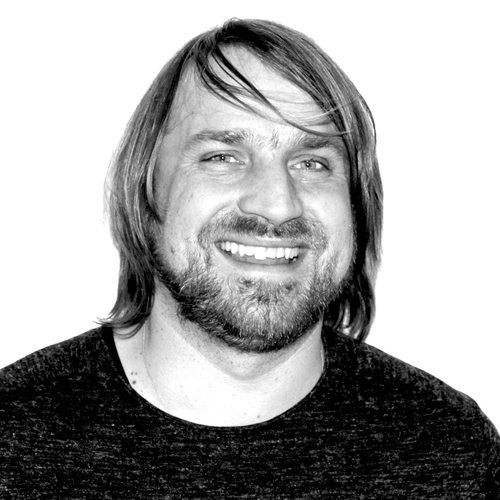 Niels Zuiderhoek is a platinum award winning songwriter, producer, and multi-instrumentalist, who was awarded no less than two Buma Awards (the “Dutch Ascap or BMI Awards”)! Niels’ songwriting skills are varied and strong. His deep love for music across a wide array of genres has enabled him to (co-write) major hits in styles as varied as pop, hip-hop, dance music and, last but not least, rock.
Niels is a unique producer. An artist manager once called Niels “The artist whisperer”. He was joking of course, but there is some truth in his remark. The way Niels can positively influence any creative process is uncanny. Niels’ enthusiasm, his personal experience as an artist and his people skills are amazing. Niels knows how to instill confidence and daring into the artists he works with, allowing them to expand the limits of their art, experimenting with new ideas and thus developing studio sessions to a
higher level. Finally, the fact that Niels is a multi-instrumentalist, makes him a secret weapon in any recording or writing session.

Niels’ Work
Born and raised in The Netherlands, Niels started his career as a producer and writer working for local acts like The Proov, Lois Lane, Birgit Schuurman, DJ Mason, and many more. His first international success came in 2003 when “Husan” by “Bhangra Knights vs Husan” (co-written and produced by Niels) became a hit in more than 40 countries, including a top ten hit in the UK. In 2008, Niels produced an EP for a new Dutch band called “Kensington”. This collaboration grew into a very successful and long-lasting
relationship, causing Kensington to become the biggest live act in the Netherlands. Kensington also broke through internationally, along the way scoring multiple platinum and gold singles and albums.
Niels settled in Berlin, Germany, and founded his own studio complex and production company, YouGuys Music, there. For a while, he focused primarily on composition and production of music for commercials, working, amongst others, on international campaigns for major brands like Ford, MediaMarkt and Beiersdorf. But he always found room for his true love, working with artists. In 2017 Niels started working with German singer ELI. The song “Change Your Mind” (over 60 million Spotify streams), produced by Niels, quickly hit the top of the German charts and reached Gold status shortly after.
In 2020, Niels felt he wanted to go back to his true love: working exclusively with artists and bands and he did. In the USA, Niels collaborated with Emma Heesters (Republic Records) and country duo Brown & Gray. One of the first projects he worked on was Di-rect’s album “Wild Hearts”. Niels re-ignited the career of this iconic Dutch rock band, whose single “Soldier On” reached gold status and became the national
comfort song during the corona pandemic. This huge success had all major Dutch stars take notice and during 2020 and 2021, he worked with a string of major Dutch artists like Maan, Jonna Fraser, Ilse Delange, Niels Geusebroek and many more.