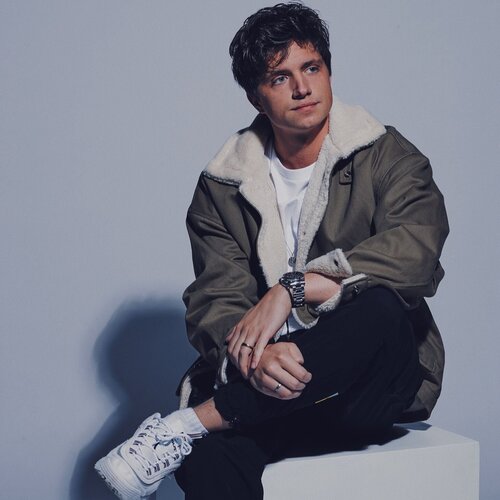 This all-in-one Dutch talent MARF is trying to shake up the music industry. With his boyband look & appearance, he writes, sings and produces his own songs: this guy has the full package. After spending the last few years in his studio, MARF’s career started officially when he wrote, produced and sang the track ‘Wasted’ together with De Hofnar. This song came out on Armin van Buuren his label Armada Music. The follow up single called ‘It’s A Feeling’ reached the official Belgium Hit charts and got supported by artists like Dimitri Vegas & Like Mike, Lost Frequencies and Sam Feldt. MARF his latest release and biggest succes till now is a song called ‘Sweet Mistake’ which he released on Hardwell’s Revealed Recordings last summer. This song was a collab with Kaaze which MARF sang, wrote and co-produced. Sweet Mistake had a combined reach of 8.3M playlist followers and more than 2,5 million streams until now. With an entire backpack full of quality festival & clubs in The Netherlands, Belgium, Germany, Thailand and China; MARF is ready for the summer of 2021. No festival or club is safe with MARF behind the decks. With his energetic shows combined with his voice and very commercial sound, he can make anyone escape reality.

Till this day MARF shared the studio with Nicky Romero, Justin Mylo, Gia Koka, Mike Williams, Dastic, De Hofnar, Kaaze, Tungevaag, Sick Individuals, Jochem Fluitsma, The Companions & many more talented & well known writers/ artists. He also produced a few songs for Sony’s Campsite Dream project and he is the vocalist/ writer of the track ‘Time’ from Nicky Romero. MARF is someone to keep an eye on in 2021 cause ‘Miss You’ is just the beginning of what is coming next year! You ready?