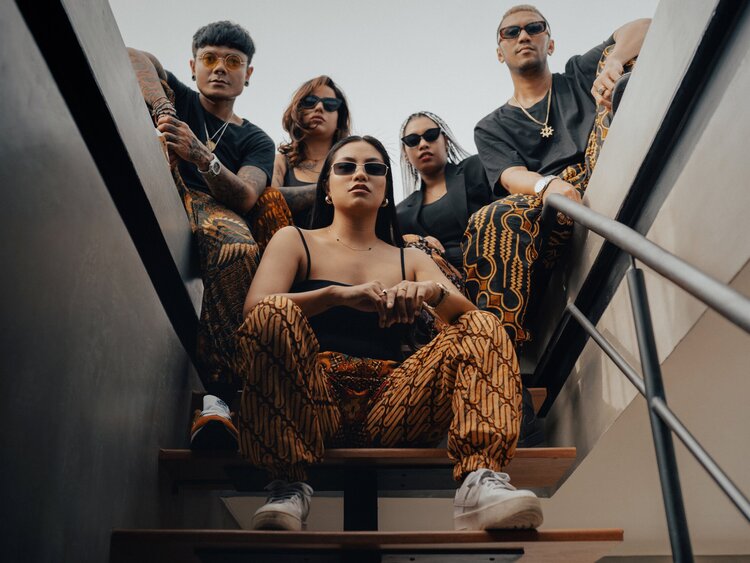 Anak Badung is a collective of 5 artists that all live in Bali, Indonesia. ‘Anak’ means Kid. Badung refers to the region in Bali where the artists live. The kids from Badung. But ‘Badung’ also means naughty or rebellious; the naughty kids. Members; Nuurleelaa, Damaris Dior, Asep Regi, Popoci and Camel.
Initiators are Nick (Goodgrip) and Ruben (The Partysquad). All Anak Badung songs come with global appeal yet all the lyrics are in the Indonesian language ‘Bahasa Indonesia’.

Cousins Nick and Ruben were born in The Netherlands and both have mixed blood (Indonesian and Dutch). Nick started out as an MC and later started DJ-ing. You might know his voice of Laid-back Luke’s legendary “Rockin’ with the best (Oh yes!)”. He toured the entire world as the MC of DJ Quintino and now lives in Bali.

Ruben is part of DJ/producer duo The Partysquad. With dozens of hit songs in The Netherlands and after having worked with artists like M.I.A., Diplo / Major Lazer and other North American artists, he followed his cousin by coming to Asia more often. They share the love for music and their Indonesian roots.While performing in Indonesia a lot, they noticed a lot of Indonesian DJ’s played “their” dutch songs. The crowd seemed to love the vibe but couldn’t understand a word. They came up with the idea of producing songs in styles they were familiair with but only in Bahasa Indonesia.

The past 2 years they recorded over 20 songs in the Indonesian language and they have formed a steady family full of Indonesian talents and they even built a studio in Umalas, Bali.

Ruben founded a new label called Nusa Vibe and the first EP is a fact! The EP features the collective Anak Badung and with this video we want to show you how the 5 songs came about..