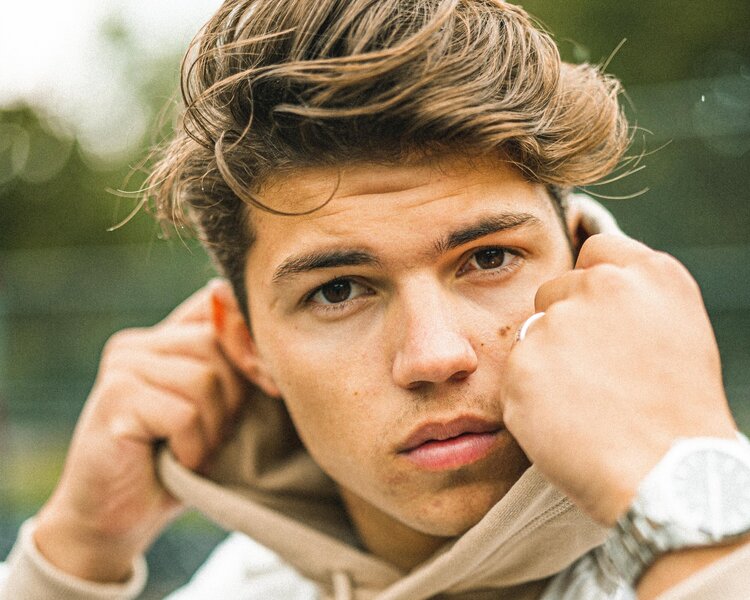 Actor and producer Vincent Visser mainly became known for his role as Jesse Maessen in the television series Brugklas and his role of Valentijn Sanders in Goede Tijden, Slechte Tijden.

In addition to his most famous roles in Brugklas and GTST, he has also been busy shooting a number of cinema films in recent years. Such as “Brugklas De Tijd Van M’n Leven”, “100% Coco”, “Project Gio” and “De Grote Slijmfilm”. These films can now be viewed online via various services.

in 2017 Vincent was first seen in the role of Jesse in season 6 of Brugklas. On February 7 (2019) the film “Brugklas de tijd van m’n leven” premiered, here too Vincent played the role of Jesse. And also in season 8 he could still be seen in Brugklas, but this time as a second division. Vincent has been vlogging backstage during all the recordings of the series and the film. Subscribe to his YouTube channel to take a look behind the scenes and to watch many more fun videos.

Since the beginning of 2019, Vincent has played the role of Valentijn Sanders in the “Valentijns Vlucht” and also in the Instagram series of Goede Tijden Slechte Tijden. The full series can be viewed via GTST’s Instagram. Shortly afterwards Valentijn also aired on TV in Meerdijk at the RTL 4 soap. In the meantime, Valentijn has made it all go down south that he is in prison.

In the summer of 2020, Vincent shot for the yet to be released cinema film “De Schippers van de Kameleon”.

Besides acting, Vincent is also very busy producing music. His songs 10K, Subs, Aubergine and Quarantine can be heard on Spotify and Apple Music, among others.