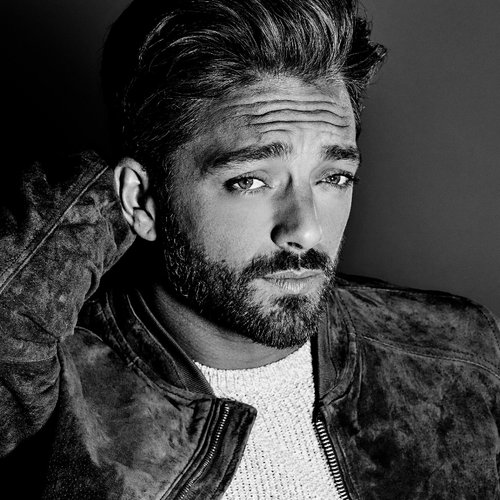 th a background in every possible facet of the artist’s profession. Now, in addition to his leading role in the musical On Your Feet and his role as Jesus in The Passion, the multi-talent focuses primarily on music. That is, his own music: with his EP So Much Love, Tommie really shows the back of his tongue for the first time.

Since the last season of Best Singers, the whole of the Netherlands has agreed: Tommie Christiaan is a gifted singer. He had already proven that in his many musical roles, but now he did it in his own title. Every week he amazed both the viewer and his fellow candidates with his singing skills. After that success, it is now time to move on and do more with his own music. A convincing foretaste was his first single Everything What I For Me, which was released last October.

Meanwhile, Tommie has embarked on the greatest quest of his life, on the hunt for his own musical identity. He has always been drawn to that music, he says: “It is wonderful to be someone else in a role and to drown in it. But when I sing for myself, I don’t have to think about opponents or the place where I have to stand at that moment. Then I can go all the way for it. I have always admired and appreciated musicality. As a child I listened to songs and could be overjoyed by that one bass line. I want to share that now. ”

He was almost literally introduced to the art profession: Tommie grew up in his mother’s dance school, where he already ran through the tutus like a toddler. Through his grandfather who was a conductor, he grew up with classical music, and with his aunt Suzanne Venneker (Vulcano, Mrs. Einstein) also with pop music. Tommie played in school and amateur musicals, followed dance, music and singing lessons. Artists such as Usher and Justin Timberlake inspired him in combining singing and dance. Yet it remained a hobby, because he would later become a pilot!

Until someone advised the now 17-year-old Tommie to take a look at an open day at the Lucia Marthas Academy. “There I saw people who were intensively involved in singing and dancing,” Tommie recalls. “The sweat flew around and with me the penny dropped. I had to do that! ”He did an audition, was hired and went through the training, where he developed into an all-round entertainer.

After appearances as a dancer in major shows and television programs and a leading role in the film Afblijven, Tommie built up a large CV of musical work. During the television search for the character Joseph for the eponymous musical, he was “hijacked” for a leading role in High School Musical. He then won the lead role in a similar talent show in Zorro and also played in productions such as Love Me Tender, The Little Mermaid, Grease, Hair and this season in On Your Feet. In addition, Tommie also received the role of Jesus in the live spectacle The Passion this year.

Tommie took his first, cautious steps in the purely musical field a few years ago. “A solo career has always been in the back of my mind, but I never had specific plans. Until my new management suggested the idea. All of a sudden everything fell together. ”After seeing a performance by guitarist Nigel Schat, Tommie approached him. It clicked, the two decided to form a duo and started doing small-scale performances together. Ik Mis Je, the self-written single by Tommie & Nigel, was released in the summer of 2016.

A turning point in Tommie’s career came when he was seen in the TV program Best Singers last season. There he opened the mouths of the public and his fellow candidates with fantastic renditions of, among others, Caruso in fluent Italian, A Sama De in a Surinamese dialect and Barcelona, an unparalleled duet with Tania Kross. “The effect of the program was incredible,” he says. “With every broadcast my phone and social media exploded with enthusiastic messages.” The duet with Tania ended up at number 1 in iTunes and the views on YouTube went wild. Tommie Christiaan, the singer, had put himself on the map.

On his EP he shows that he can also work with his own songs. Was the single Alles Wat Ik Voor Me Zag a groovy song where Tommie could also show his dance skills in the video clip, the rest of his songs vary from ballad to up-tempo songs. They all have one thing in common: they deal with that universal theme, love.

Tommie wrote the lyrics of In Een Ander Licht largely alone, to music by Sebastiaan Brouwer. The song is about those around you that you love, but who are not so good at loving themselves. You Do Not Know Half, the second single from the EP written by Karel Schepers and produced by Future Presidents, deals with the fact that your loved one cares while you know that you are the best for that person. In both Touch Me and So Much Love, Tommie sings that jubilant feeling that you have when you are in love with someone and are almost overwhelmed by emotions. Echo, which originated from a collaboration with guitarist Nigel Schat and lyricist Koen Thomassen, is about losing a loved one. “About how memories of someone still resound in your head and in your heart,” says a poetic Tommie.

It is no coincidence that all his songs so far have been about love, he laughs. “A wonderful theme. I am an intense lover. Not necessarily a romantic with flowers and candlelight dinner every week, but a sensitive person with a heart on their tongue. ”He recorded most of the songs on the EP with so much Love with Sebastiaan Brouwer and Marcel van Daalhuizen from his MBass label Records and the producer team Joost Jellema and Jeroen Rombouts, also known for his Best Singers colleague Kenny B.

With his Dutch-language music, Tommie wants to fill the gap between the folk singers on one side and live bands on the other. “I think I can bring something within Dutch pop music that isn’t there yet. A combination of an “un-Dutch” production and a complete show, with song and dance. “He is eager to step on stage with his own songs, that much is clear. “This fall we are going on a theater tour with the title In Een Ander Licht. With my own songs, but also others that have meant a lot to me, such as from Best Singers. Who is Tommie? I want to try to translate that into an evening-filling program.”

Reflecting on themselves, the singer already dreams further: “Ultimately, I want the biggest stage there is: with a fat band, dancers, spectacle, fireworks and 20,000 people with their hands in the air. But at the same time I am still looking for my style. No idea what I will do in five years, but I don’t have to. It’ll come; I just want to make beautiful things for now.”