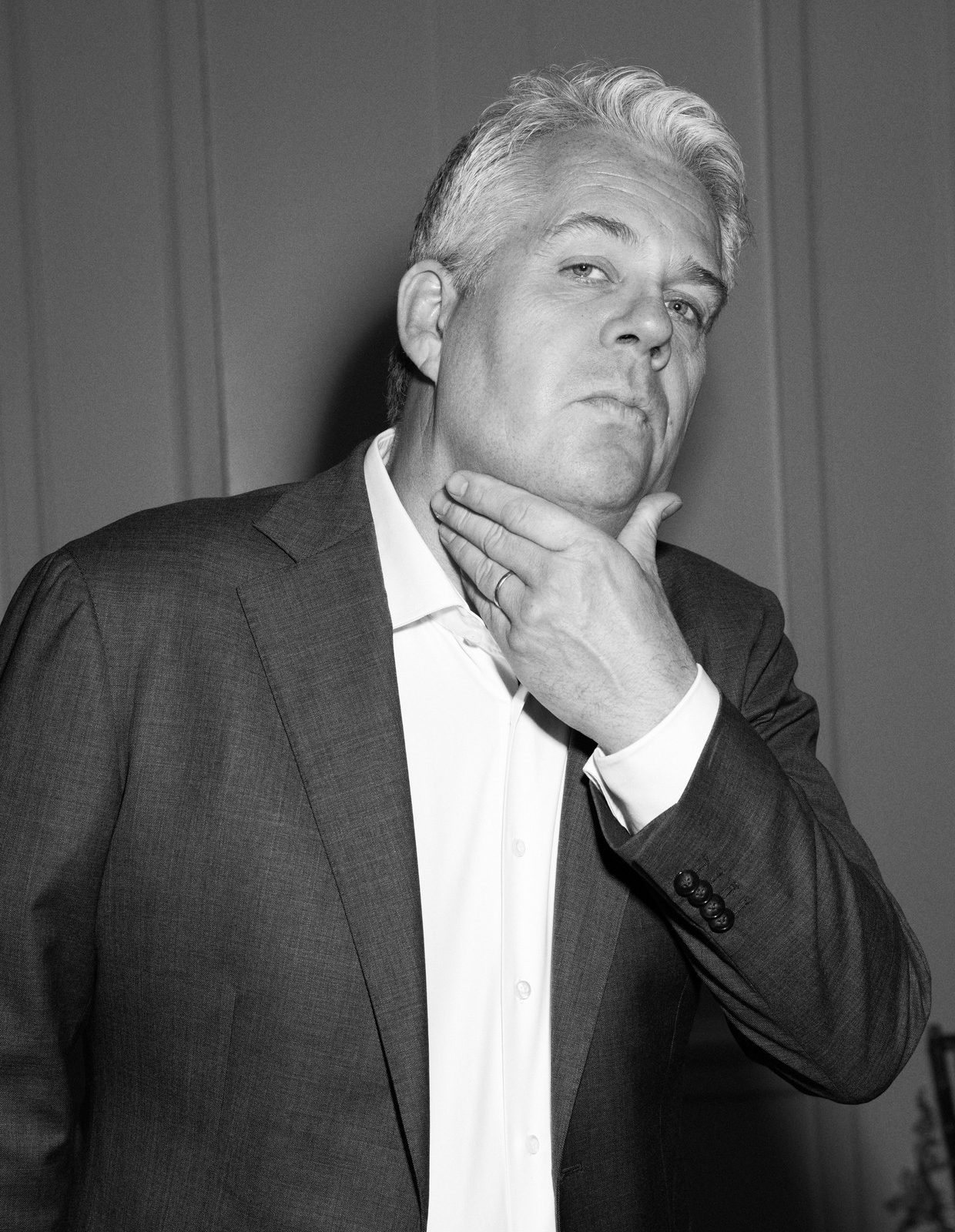 Thomas Acda (1967) is a Dutch comedian, actor, singer, theater maker and writer. Born in Amsterdam, Thomas Acda grew up in De Rijp, after high school he went to the drama academy, but this was soon exchanged for the Kleinkunstacademie in Amsterdam. Here he also met his later companion Paul de Munnik. He completed his studies in 1993, receiving the Pissuise Prize for the joint production with Paul de Munnik.

In 1997 Thomas Acda made his debut in the film In Het Belang Van De Staat and the now legendary film All Stars. More importantly, in the same year the first album by Acda en De Munnik – Acda En De Munnik was released, which spent 5 weeks at #1 in the charts. In May 1998, the single ” Niet Of Nooit Geweest” a Dutch classic is born. With the help of Jack Spijkerman, this song has become an integral part of Dutch Radio and becomes a gigantic summer hit that is sung along by young and old. The album ”Naar Huis” and the single are certified platinum. Meanwhile, this single has more than 20,000,000 streams and countless covers have been made. Acda and de Munnik subsequently received the silver harp for ‘Niet Of Nooit Geweest” and in 1999 they won the Pall Mall Export Prize and the Edison for the category Cabaret and Pop music.

After forming the Poemas with the van Dik Hout, this occasional formation sells out the then Heineken Music Hall (now AFAS Live) 4 times.

In 2000, Acda and De Munnik entered the theaters with their third theater program, followed 1 year later by a concert with the Metropole Orkest. Their next album ”Groeten uit Maaiveld” also achieves gold status and ensures that the duo receives the Gouden Harp.

In 2004 Thomas invents the rock opera “Ren Lenny Ren!” and in the same year he plays the leading role in the film ”In Oranje” which receives national and international awards.

After a short break in 2005, in which Thomas did play a role in Alles Is Liefde, for which he received the Rembrandt Award, the duo released a new album in 2007, ”Nachtmuziek”, which is full of small songs and revolves around friendship.

In 2011, Acda and De Munnik record their new album at The Sun Studios in Memphis, after which they can be seen at the end of 2011 at Symphonica in Rosso. Both tracks from this show reach number 1 & 2 in the single charts and reach the 7th place in the Top40.
In 2013, the gentlemen receive the Radio 2 Mijlpaalprijs, after which they announce their retirement in 2014. But these men can never really stop, they can regularly be seen as guest artists at Vrienden van Amstel, and new music finally followed in 2021. With “Als Ik Je Weer Zie” (in collaboration with Maan and Typhoon) both gentlemen show that they have never actually been away. The record is now double platinum and can still be heard frequently on the radio.

With his humorous, but sensitive lyrics, and the art of being able to express even great emotions in a very small way, Thomas Acda is an indispensable pillar in not only the Dutch music industry, but the entire Dutch culture. Just like a frikandel sandwich, herring or clogs, it is indispensable in our current cultural landscape and his music, theater shows, films and texts have touched and influenced many people. No pub night is complete without ”Het Regent Zonnestralen”, no city has been sung about as often as its beloved Amsterdam and no name is as well known as Herman, thanks to Thomas Acda.