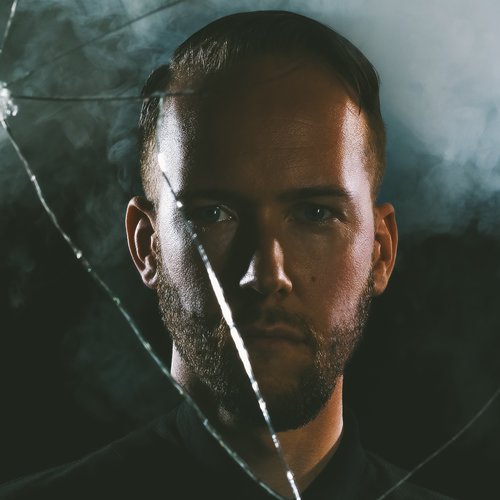 “Growing up I first started learning to play the piano, and I was always messing around with keyboards and synthesizers. I got a lot of 80’s influences from my family. Everyone in my family was listening to so many different artists, which was great. I didn’t realize it at the time but I was exposed to many different styles of music.”

“Later on in high school most of my friends and the people I hung out with were musically talented. It was there that I started to pick up more instruments. Bass guitar at first, after that electric guitar and drums, bouncing back and forth between them while learning to play. I listened to all kinds of music, but back then a lot of metal – which culminated in releasing two albums with a band called Epic Fuel. After the second album, which took me two years to write and record, I was looking for a new challenge. It just so happened two of my friends from high school, now better known as The Opposites, were busy working on their album Slapeloze Nachten (Sleepless Nights). I got involved in the production process, eventually co-producing four tracks and I ended up going along on tour as their guitar player for every show, which was an amazing and crazy experience. This mainly got the ball rolling for me to start producing for other artists and I’m still loving every second of it.”

Spasmatic has mosty notably produced tracks for The Opposites, Safa Liron, Dio, Idaly, Adje and Hef, and is part of producers duo Stray Bullets, together with Jerry John. He was also involved in producing the score for the Amsterdam Film Academy graduation film by Giancarlo Sanchez in 2014, entitled Gameboy. The film has won the Topkapi Films Fiction Award.

“I’m looking forward to having many more years of making music of all sorts, and hopefully many more interesting collaborations with inspiring artists.”