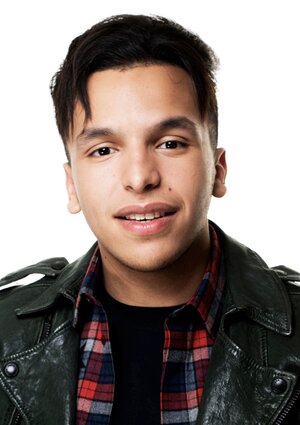 Eddyani is from Antwerp. After finishing secondary school in 2016 via the middle jury, he opted for a career as a rapper; he was then seventeen years old. He wants to bring music with a message. With this choice, he wants to call attention to thoughtful rap again, something he thinks the street ladder lacks. In his texts, he therefore does not rip about alcohol, drugs and expensive cars, but tries to shake up young people not to hang around on the street and ruin their lives. He used to hang around in the street, although his parents warned him about it. Because of this he pulled out “stupidities” for which he would have preferred to be able to reverse the time.

He prepared his debut for months. In June 2016 he made it with the song Back in the time that he accompanied with a video clip. It came out via YouTube and Spotify. It meant a flying start with more than 460,000 viewers in three months. A month later it crossed the line of one million views.

In September 2016, he released the successor, God Forgive Me, which was viewed 370,000 times in six days. A month later, the video clip on YouTube had now been viewed more than two million times. While the single was still at the tip of the Flemish hit list Ultratop 50, it had already come to the attention of hip hop fans in the Netherlands, where it had entered number 55 of the Single Top 100.

In mid-September 2016, he made his debut with the Dutch hip-hop platform 101Barz from BNN. The session he gave there was viewed millions of times.