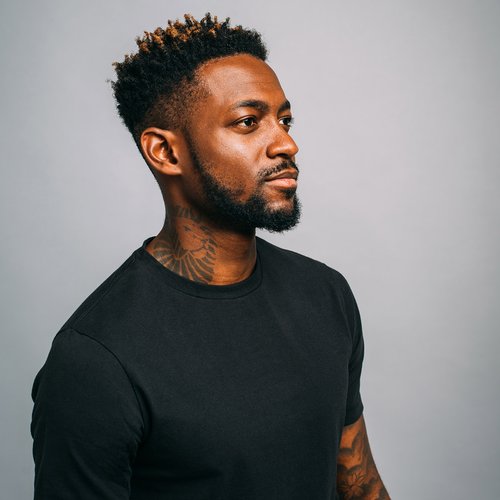 Slim Kofi arrived in the Netherlands with solely one purpose: to realize his dream of becoming a musician. It doesn’t take him long to take his first professional steps: in 2017 he signs an exclusive record deal with Avalon Music. This was swiftly followed by a management/booking deal with Event-Us. Having the business side covered, Slim Kofi can now focus on making music.

He debuts with the rhythmical Lean Back ft. MC Rudy Jones. Slim Kofi distinguishes himself with the selfproclaimed “Afrocan Sound”, which is a sweet and colourful blend of Ghanaian, Moroccan and western influences. The tropical vibe is noticeably present in his last released single Tingle, which was produced by SRNO.

Both singles are present on his EP “Afrocan Sounds”, which was available in June 2017. You can clearly hear the roots and progression of SlimKofi; Mugye has more of a western pop vibe, while Na Min Shwe takes you to hot, tropical and benevolent nights. For You, Ogoguru and Want You to Know would not be misplaced in today’s dance charts, while the closer Tinana brings you obviously to the his roots on the African west coast.

You can feel the determination, energy and positivity SlimKofi in his live performances. Combined with his musical talent you will always see a swinging, dancing and smiling crowd!