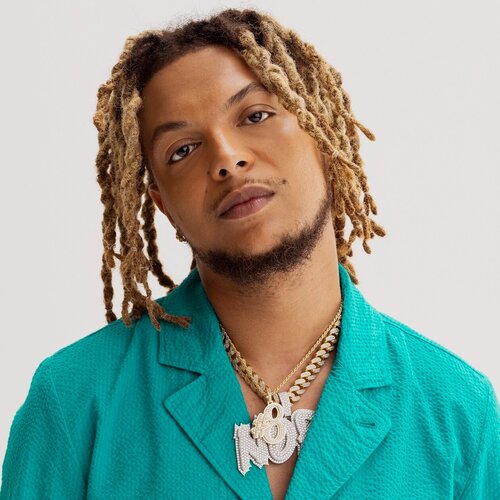 It is clear that Ronnie Flex is one of the greatest artist in the Netherlands. The self-opinionated rapper has a subscription on the hit lists with his releases, like his major hits “ Energie’, ‘Plek Als Dit’, ‘Zusje’ and ‘Drank & Drugs’. With a clear vision the by then 14th year old Ronnie started with making music. By producing hundreds of beats, endlessly optimizing his raps and continuously trying to make his productions better, more tight and versatile, Ronnie Flex will take over the world, country by country.

Ronell Langston Plasschaert was born in 1992 in Rotterdam. He was brought up with music as his mother was singing and playing the piano and his father producing music. Thanks to them Ronnie the toddler was already bouncing on the beats of Dr. Dre and he grew up with DJ Premier, Biggie and Motown.

After his hits ‘Nooit Meer Slapen’ with amongst others Yellow Claw and Boaz from the Beatz and ‘Soldaatje’ with Mr. Polska, it really starts for Ronnie with the release of “Zusje” (little sister) and in 2014 it was announced that the most viewed clip on Youtube of Dutch artists was this song. The song is part of his debut album ‘De Nacht Is Nog Jong, Net Als Wij Voor Altijd’.

In 2015 it was the controversial song ‘Drank & Drugs’ which put Ronnie completely on the map. The single from the joint album “New Wave” has been on the hit charts for 19 weeks. Several singles of this album end up in the single Top 40 and receive the platinum status. Also the album, made with Lil Kleine, Bokoesam, SFB and Lijpe, receives the platinum status. Ronnie wins with the album the Pop price of 2015 and Edisons in the categories Best Hip Hop and Best Album.

After a lot of shows follow on all the big Dutch festivals, like Lowlands, and his own concert in Ahoy with the concept Ronnie Flex and Friends. In 2017 he scores his first number 1 hit with the single “Energie” with Frenna. He makes his debut on Noorderslag live with his band. As Ronnie Flex and Deuxperience he is making a tour along the big festivals like Lowlands and Pinkpop. The show receives excellent reviews and the clubtour which follows is completely sold out. His second album Rémi enters the charts on the number 2 position. Within 1 month it reaches the platinum status. Also in 2018 Ronnie continues with this trend, his single with singer Maan “Blijf bij mij” is the first number 1 hit of 2018.