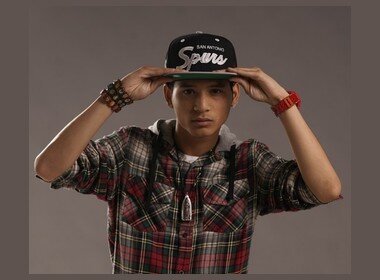 Ben Tuklang, also known as Jay Da Silva, fell in love with House Music at the age of 9. He heard his friends talking about Vato Gonzalez and his teacher about DJ Chuckie. After some research a new love was born: Music.

At the age of 14 he bought his own DJ set and ground as “Benny Sanchez”. He was already going to parties at Citylife (Reeuwijk), where his football coach was a bartender. Suddenly, he came up with the idea to send a mix to them and got prime time at a teenage party, which was a great success!

In the meantime he was already busy producing but it was difficult for him, so focused on his spinning skills. He was becoming a better DJ but because of his age, he was only spinning at Citylife. When his producing skills improved, his productions were spinned by some DJs. He has some connections with DJs from Amsterdam, giving him bookings like at Club Roses, De Melkweg and more.

He changed his name to Jay Da Silva and is now a Latin House DJ.

He has been mixing for three years already, has been producing his own music and has played in various clubs. He entered the Essential Artists Contest in 2011 and was a finalist in Bungalow 8, Amsterdam. He was the youngest participant at the age of 16. He was already Essential Artists ’favorite and got compliments on his set from Afro Bros and Carlos Barbosa.

A few months later he was invited to perform at the EA Talent Stage at one of the Sexy on the Beach editions. After that, the CEO of Sexy Events gave him an opportunity to perform in Moef Gaga, Lloret de Mar, during the Sexy Mother Fucker Summer tour. After the Summer Tour, Jay Da Silva was also active at the Grand Closing Party, Sexy on the Beach.

Beware! This is only the beginning! Jay Da Silva has never been so motivated to make his name HUGE and believe it: “The Prince of Drums” is coming!