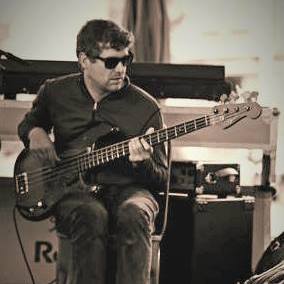 Is a Dutch songwriter, producer, engineer & bassplayer who’s style can not be put in a box.

Starting his career as a bassplayer he toured with many bands and played the biggest festivals throughout Europe.

Getting signed to Extrema Music and being one of the Matthew Dekays bandmembers and part of the writing crew he transformed into a ghost-producer for many DJ’s.

Loving to share his knowledge on studio engineering and producing and wanting the world to collaborate long before writing sessions were common he founded Dancefair in Utrecht together with owner Norman Soares & producer DJ Unders.

Ready for a new challenge and to expand his network he found a home at the Wisseloord Studio’s in Hilversum where he helped out with the rebuild of the business side of things as well as honing his skills as an engineer and producer.

In 2016 he created a group of extraordinaire musicians, writers and producers that collaborate under the name Peppermint Cookie Swirls.