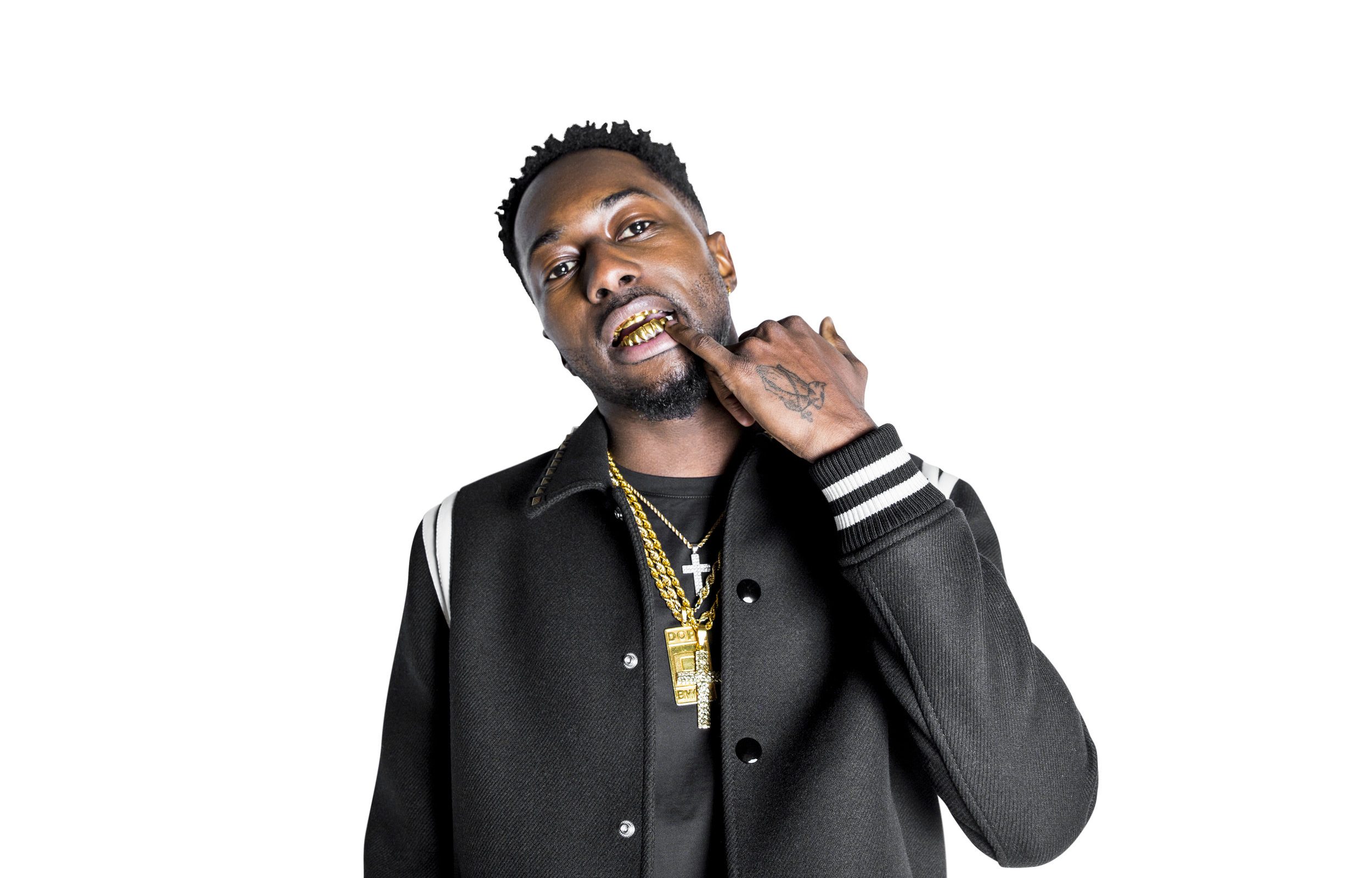 Dopebwoy was born Jordan Jacott on 14 March 1994 in south-east Amsterdam. His first passion was football and the football club Omniworld, but at high school he slowly shifted his attention to music. Dopebwoy’s father is DJ Flash and so he grew up with a mentor working with music. Dopebwoy started to produce his own beats and recorded his first track under the name ‘Kleine’.

In 2011, Dopebwoy began using the Dutch language in his music. He wanted to show that he had many talents, and could be a great artist, not only producing dope beats. At the beginning of 2012 this resulted in the videoclip ‘Beatrix’. The track, produced with Lexxxus, Rasskulz, Donny Baby and Scotteboii, was an immediate hit and led to more demand for beats and collaborations.

His uncle DJ Jeff gave him two music production programs called Reason and Fruity Loops (Now FL Studio). He locked himself in the studio and spent the whole summer making better beats. Making beats all day long and writing songs resulted in a surprising collaboration. Dopebwoy wrote a song that he intended to give to Kempi. Kempi decided to drop some fresh new verses in the track and then Dopebwoy released ‘Zomer’ himself. This track spent 2 weeks at number 1 in the Juize FM Top5.

From that moment, Dopebwoy couldn’t be ignored on the Dutch scene. In 2013

he worked with Jowy Rosé, who introduced him to the label Streetknowledge. In 2014 and 2015 he produced for Yes-R (That’s Life), F1rstman (Tell me) and SBMG (Late Night Sex).

In the spring of 2016, Dopebwoy had dropped his first single on Avalon – ‘ Selecta ft. Jayh Jawson’ . This explosive track is still popular on the entertainment circuit. From that moment, club hits became a characteristic of Dopebwoy. His next track ‘Niks Te Maken’ has a lot of influences from the bubbling movement and the video was recorded in Suriname. He produced ‘Ballon’ for Jayh Jawson, ‘Bobbel’ for ChildsPlay and gave the guys from SBMG the beat for ‘Mickey Mouse’. Together with Zefanio he produced the track ‘Laatste Keer’ ft. Jonna Fraser.

His last single ‘Cartier’ has exceeded all expectations so far. It is one of the biggest hits of the summer of 2017!